It’s Not Too Late for a New Fence in Yorktown 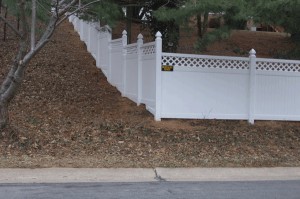 Winter is coming. Before you know it, Jack Frost will be nipping at your nose as you dream of roasting chestnuts on an open fire. But the impending frigid temperature and eventual snowfall here in Yorktown shouldn’t hold you back from pursuing that New Fence you have always wanted.

Since 1792, The Old Farmer’s Almanac, North America’s oldest continuously published periodical, has used a “top secret mathematical and astronomical formula, that relies on sunspot activity, tidal action, planetary position and many other factors” to make its long-term weather forecasts. And the Almanac claims 80-85% accuracy.

So what does all of this mean for your new fence? You need to get started!

Since 1955, Hercules Fence has been providing residential  and commercial fence installation throughout Northern Virginia. And as the state’s largest fencing company, we are able to offer premium quality fencing products without the premium price tag. That’s what we like to call a win-win!

According to the experts, September-March (ideally fall) is best time to have your new fence installed, when demand is low and fencing companies have more time to dedicate to you and your project. It also doesn’t hurt that your new fence comes with a return on investment (ROI) of roughly 50%, according to the Remodeling Magazine Annual Cost vs. Value Report. While this is not as high as some other popular home improvement projects, such as bathroom and kitchen remodeling, fencing is much more affordable, making it the perfect fall/winter project.

Categories: Residential Fences and Uncategorized | Tags: New Fence and Yorktown
This entry was posted on Friday, December 5th, 2014 at 1:05 pm. Both comments and pings are currently closed.